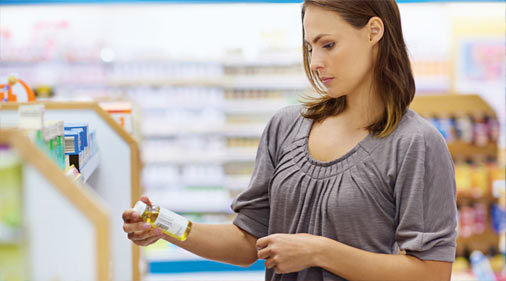 Recent studies reveal evidence – some actually very compelling, according to experts – of the link between the long-term use of over-the-counter anticholinergic drugs like Benadryl and dementia. Isn’t it time to explore this connection and forewarn those who are on the medication for a long time?

Anticholinergic drugs like Benadryl – an antihistamine known as diphenhydramine and used for cold and allergies – are sold over the counter and by prescription as sleep aids and for chronic conditions.

As explained by Beverly Merz of Harvard Women’s Health Watch, they block the action of acetylcholine, which transmits messages in your nervous system. This substance is involved in learning and memory in the brain, while it stimulates the contractions of muscles elsewhere. This group of medications includes certain antihistamines, tricyclic antidepressants, and drugs for relieving overactive bladder.

Back in April, a study provides “the most definite proof yet” of how these anticholinergic drugs link to cognitive impairment as well as an increased dementia risk. Using brain imaging, researchers from the Indiana University School of Medicine found lower metabolism and reduced brain sizes among subjects taking anticholinergic drugs.

Examining 451 individuals with 73 as the average age, the study saw that 60 took at least one drug with medium or high anticholinergic properties. After assessing the results of their memory and cognitive tests via PET and MRI scans, the team discovered that the subjects taking the drugs fared worse on short-term memory tests as well as tests comprising executive function like planning and problem solving.

“These findings might give us clues to the biological basis for the cognitive problems associated with anticholinergic drugs, but additional studies are needed if we are to truly understand the mechanisms involved,” said asst. professor Shannon Risacher, one of the study researchers.

Back in 2013, a separate study from the Indiana University Center for Aging Research also found an association between cognitive problems and taking drugs with a strong anticholinergic activity, taken continually for as few as 60 days.

Another study published in early 2015 pointed to the same problem. A team from University of Washington tracked almost 3,500 men and women ages 65 and older, finding that subjects who used anticholinergics were more likely to develop dementia than those who did not – with the risk increasing along with the cumulative dose.

According to Dr. Max Gomez of CBS2, using Benadryl long-term may lead to irreparable harm. Drug labels themselves note that people should only use them occasionally and for not longer than two weeks.

The early onset of memory loss, which typically manifests as a consequence of aging, is not one to be taken lightly. This makes it very important for you to be extra careful in OTC medications you are popping in your mouth, whether for better sleep or addressing the ordinary cold or a bout of allergy.

You can also find the assistance you need in memory enhancement and fighting cognitive issues such as brain fog and lack of focus with a high-quality brain supplement like LumUltra Wisdom containing an acetylcholine-boosting primary component and an extremely progressive yet effective ingredient – Noopept.