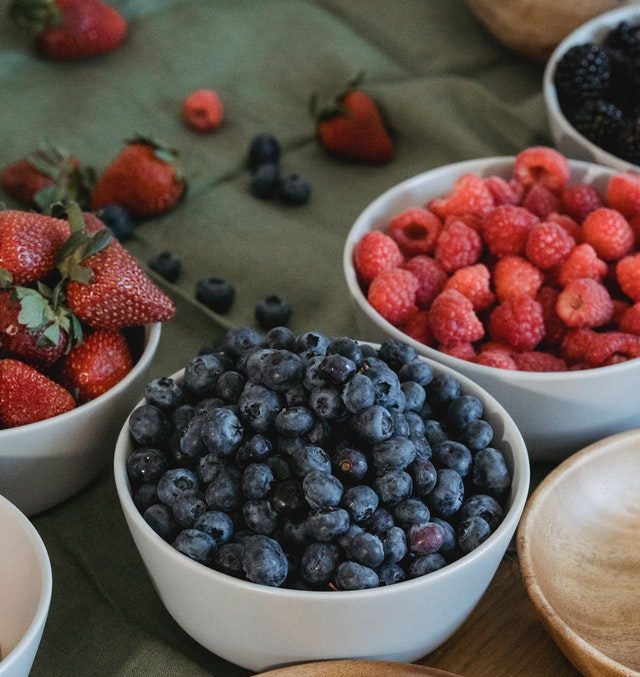 New findings highlight the powers of the MIND diet, a mix of the Mediterranean diet and the DASH diet, for cognitive performance and brain health. With aging taking a toll on both the body and mind, these results add to mounting evidence and potential of food for brain enhancement.

A team of researchers at Rush University Medical Center found that older adults, for instance, may benefit from the MIND diet amid having developed amyloid plaques and tangles, which are abnormal clumps of proteins that serve as the hallmark of Alzheimer’s disease. These protein deposits build up in between nerve cells and usually interfere with thinking and problem-solving.

In case you’re wondering, the MIND diet is a mix of Mediterranean and Dietary Approaches to Stop Hypertension (DASH) diets, which have been previously cited by studies to potentially help reduce risk of dementia and Alzheimer’s.

In the recent study published in The Journal of Alzheimer’ Disease, the participants who followed the diet moderately didn’t suffer from cognition issues later in life.

The team examined the link between diet (from start of study until death) and cognitive functioning in 569 older adults who were part of the center’s Memory and Aging Project, which started in 1997 and involved people living in the greater Chicago area. Most of the subjects were white, without known dementia, and agreed to an annual clinical evaluation for memory and thinking problems while alive as well as brain autopsy upon death.

Starting 2004, the subjects accomplished an annual food frequency questionnaire on the frequency of their consumption of 144 food items in the past year.

The researchers then gave each subject a MIND diet score. The diet has 15 components, including 10 brain-friendly groups and five unhealthy ones such as fast food, red meat, pastries and sweets. Adhering to the diet meant consuming at least three servings of whole grains, a leafy green, and another vegetable daily, along with a glass of wine and nuts as a snack on most days. It also meant limiting intake of unhealthy foods, such as less than 1.5 tsp a day of butter.

What Were the Outcomes?

What did the MIND diet score of participants show across the study period?

A higher score, according to the study authors, linked to better memory as well as thinking skills independently of Alzheimer’s and other common age-related brain pathologies. “The diet seemed to have a protective capacity and may contribute to cognitive resilience in the elderly, said lead author Dr. Klodian Dhana.

There are fairly simple diet and lifestyle adjustments that people can make to slow cognitive decline in the face of aging, added Dhana. Some individuals, too, have the capacity to maintain their cognitive function despite accumulating pathologies in the brain — and this study suggests that the MIND diet can be tied with better cognition regardless of Alzheimer’s-related brain pathologies.

There are a number of food groups famed to be brain-friendly, helping with the aging process as well as even boosting lifespan by about 10 percent.

One such food are berries, found to be an easy, nutritious snack that can help the brain and heart. Berries are chock full of fiber and antioxidants, both contributing to heart benefits. According to studies, three or more servings of berries a week could slash the risk of a heart attack by as much as 34 percent.

In an 18-year study, for example, women who consumed the most blueberries and strawberries were 34 percent less likely to have gone through a heart attack than those who at the least of the fruits. The magic of berries were linked to anthocyanins, a class of antioxidants that shield from oxidative stress and inflammation contributing to heart disease.

For many experts, however, brain enhancement is a multidisciplinary science, meaning it could be a combination of smart diet and lifestyle strategies. In promoting neuroplasticity through a brain-friendly diet, good sleep and exercise, and even supplementation, the human brain can better reorganize itself by forming new neural connections throughout life and being resilient during the aging process.