How Lack of Sleep Impacts Cognitive Performance and Focus 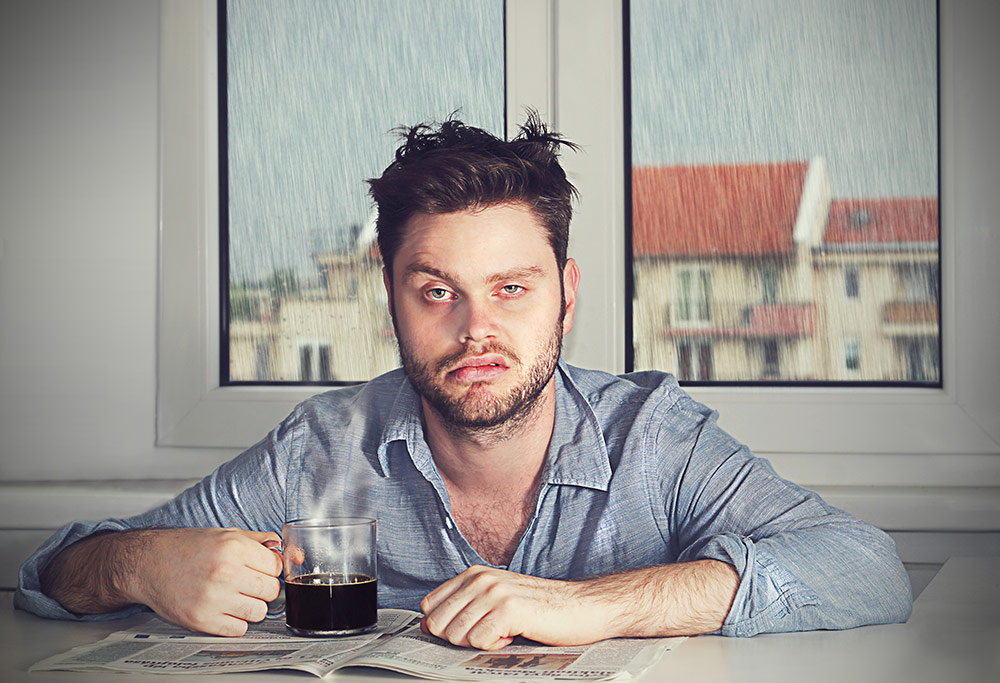 Sleep is an important time for the brain. Levels of brain activity change in each stage of sleep — including both rapid eye movement (REM) and non-REM (NREM) sleep — and evidence increasingly suggests that sleep enhances most types of cognitive function.

Getting enough hours of high-quality sleep fosters attention and concentration, which are a prerequisite for most learning. Sleep also supports numerous other aspects of thinking including memory, problem-solving, creativity, emotional processing, and judgment.

For people with sleep deprivation, insomnia, sleep apnea, or other conditions that prevent getting adequate rest, short-term daytime cognitive impairment is common. In addition, multiple studies have linked poor sleep with longer-term cognitive decline, including the development of dementia and Alzheimer’s dementia.

Thankfully, there is evidence that improving sleep can boost both short- and long-term cognitive performance. Better sleep can promote sharper thinking and may reduce the likelihood of age-related cognitive decline.

What Happens to the Brain During Sleep?

During a typical night of sleep, an individual goes through four to six sleep cycles that range from 70 to 120 minutes each. Both the brain and body experience distinct changes during these cycles that correspond to individual stages of sleep.

During NREM stages, brain activity slows overall, but there remain pulses of specific types of brain waves. This pattern of brain waves is most pronounced in stage 3 NREM sleep, which is also known as slow-wave sleep or deep sleep.

In contrast, REM sleep is marked by a sizable uptick in brain activity. In many ways, the brain’s activity during REM sleep is similar to when you’re awake. Not surprisingly, REM sleep is known for more vivid and involved dreaming.

It’s normal to cycle through both NREM and REM stages, with REM sleep being more concentrated in the second half of the night. During each part of this process, different chemicals in the brain become activated or deactivated to coordinate rest and recovery.

Experts still aren’t exactly certain why sleep proceeds in this pattern, but it is believed that it facilitates mental recovery, which can unlock cognitive benefits related to attention, thinking, and memory.

How Does Poor Sleep Affect the Brain?

Without sleep, the brain struggles to function properly. Because they don’t have time to recuperate, neurons become overworked and less capable of optimal performance in numerous types of thinking.

Poor sleep can take many forms. It can be caused by short sleep duration and/or fragmented sleep. Both insufficient and interrupted sleep make it difficult to progress through sleep cycles in a normal, healthy way.

The short-term implications of poor sleep on the brain and cognition can be the result of simply pulling an all-nighter, while those with chronic sleep problems may see their day-to-day tasks affected. Over the long-term, however, poor sleep may put someone at a higher risk of cognitive decline and dementia.

What Are the Short-Term Impacts of Poor Sleep on Cognition?

The potential short-term impacts of sleep on cognitive performance are wide-ranging.

Most people are familiar with the daytime effects that result from a night of poor sleep, such as drowsiness and fatigue. In response, a person may inadvertently nod off for a few seconds, which is known as a microsleep.

While a night of disrupted sleep may be inconvenient, the resulting daytime sleepiness can cause serious cognitive impairments. It reduces a person’s attention, as well as their learning and processing. A lack of sleep has also been found to induce effects that are similar to being drunk, which slows down thinking and reaction time.

Just struggling to stay alert can, in itself, cause sweeping problems for thinking, but research also indicates that there are selective impacts of poor sleep on mental function. This means that insufficient or disrupted sleep causes more harm to certain parts of the brain with distinct effects on different types of cognition.

Studies of the selective impact of sleep on types of thinking do not always generate consistent results. This may be the result of differences in the people in the studies, how their sleep is changed in the research, or how cognitive effects are measured. Nevertheless, there are some general findings about ways that poor sleep may impair intellectual performance.

There are strong indications that sleep and memory are closely linked. Lack of sleep hinders working memory, which is necessary to remember things for immediate use.

Both NREM and REM sleep appear to be important for broader memory consolidation, which helps reinforce information in the brain so that it can be recalled when needed. For example, NREM sleep has been linked with formation of declarative memory, which includes things like basic facts or statistics, and REM sleep is believed to boost procedural memory such as remembering a sequence of steps.

Poor sleep impairs memory consolidation by throwing off the normal process that draws on both NREM and REM sleep for building and retaining memories. Studies have even found that people who are sleep deprived are at risk of forming false memories. Fragmented sleep has also been found to negatively affect memory even if a person gets plenty of total hours of sleep.

On top of the consequences for memory, poor sleep detracts from other cognitive tasks. It diminishes placekeeping which includes the ability to carry out instructions. Motor skills, keeping rhythm, and even some types of speech are worsened without proper sleep.

Some studies have found lack of sleep to hinder cognitive flexibility, reducing the ability to adapt and thrive in uncertain or changing circumstances. A major reason this occurs is rigid thinking and “feedback blunting” in which the capacity to learn and improve on-the-fly is diminished.

Another way that poor sleep impairs thinking is by altering how emotional information is understood15. When learning something new, analyzing a problem, or making a decision, recognizing the emotional context is often important. However, insufficient sleep — which frequently affects mood — impedes the ability to properly process this emotional component of information.

In many cases, this disrupted emotional response impairs judgment. People who don’t get sufficient sleep are more likely to make risky choices and to focus on a potential reward rather than downsides. This can become negatively reinforcing because a lack of sleep limits our ability to learn from these mistakes since the normal method of processing and consolidating emotional memory is compromised.

Creativity is another aspect of cognition that is harmed by sleeping problems. Connecting loosely associated ideas is a hallmark of creativity, and this ability is strengthened by good sleep. NREM sleep provides an opportunity for information to be restructured and reorganized in the brain, while new ideas and links between thoughts often emerge during REM sleep. These processes enable insight, a core element of innovation and creative problem-solving.

Limited or restless sleep can also indirectly affect cognition because of other problems that they cause. For example, migraine sufferers are more likely to have morning headache attacks when they don’t get enough sleep, and lack of sleep can increase the risk of the infections like the common cold. Sleep deprivation may worsen symptoms of mental health conditions like anxiety and depression. These and numerous other physical and mental health issues are shaped by the quality of our sleep, and may affect a person’s attention and concentration.

The existing research strongly supports the notion that poor sleep detracts from effective thinking. Without quality sleep, people are more likely to make errors, fail to take in new information, suffer deficits in memory, or have impaired decision-making.

What Are the Long-Term Impacts of Poor Sleep on Cognition?

The most obvious cognitive effects of poor sleep can be felt immediately, but mounting evidence shows that sleep influences the long-term risks of cognitive decline and dementia.

Research shows that sleep helps the brain conduct important housekeeping, such as clearing out potentially dangerous substances like beta amyloid proteins. In Alzheimer’s dementia, beta amyloid forms in clusters, called plaques, that worsen cognitive function. Studies have found that even one night of sleep deprivation can increase the amount of beta amyloid in the brain.

This is one possible explanation for why insufficient sleep and sleep fragmentation have been associated with cognitive decline and dementia. Furthermore, in people already diagnosed with dementia, poor sleep has been linked to a worse disease prognosis.

Are the Impacts of Poor Sleep on Thinking the Same For Everyone?

Not everyone is affected by poor sleep in the same way. Studies have found that some individuals may be more inclined to have cognitive impairment from sleep deprivation, and this may even have a genetic component.

Research has generally discovered that adults are better at overcoming the effects of sleep deprivation than younger people. Teens are considered to be especially high-risk for detrimental effects of poor sleep on thinking, decision-making, and academic performance because of the ongoing brain development occurring during that age.

Some studies have also found that women are more adept at coping with the effects of sleep deprivation than men, although it is not yet clear if this is related to biological factors, social and cultural influences, or a combination of both.

Sleep disorders frequently involve insufficient or fragmented sleep, so it comes as little surprise that they can be linked to cognitive impairment.

Insomnia, which can involve problems with both falling asleep and staying asleep through the night, has been connected to both short- and long-term cognitive problems.

Obstructive sleep apnea (OSA) is another one of the most common sleep disorders. It occurs when the airway gets blocked, which then leads to lapses in breathing during sleep and reduced oxygen in the blood.

OSA has been linked with daytime sleepiness as well as notable cognitive problems related to attention, thinking, memory, and communication. Studies have also found that people with sleep apnea have a higher risk of developing dementia.

Does Too Much Sleep Affect Cognition?

Many studies looking at the effects of sleep on thinking have found that it isn’t only a lack of sleep that can be problematic. In many cases, research has discovered that both too little and too much sleep are associated with cognitive decline.

The explanation for this association remains unclear. It is not known if excess sleep is caused by a coexisting health condition that may also predispose someone to cognitive problems. Overall, these research findings are an important reminder that recommendations for healthy sleep involve both a minimum and a maximum.

For people with sleeping problems, improving sleep offers a practical way to enhance their cognitive performance. Getting the recommended amount of uninterrupted sleep can help the brain recuperate and avoid many of the negative consequences of poor sleep on diverse aspects of thinking.

Researchers and public health experts are increasingly viewing good sleep as a potential form of prevention of dementia and Alzheimer’s disease. Although more studies are needed to conclusively determine sleep’s role in preventing cognitive decline, early research hints that taking steps to improve sleep may reduce the longer-term likelihood33 of developing Alzheimer’s dementia.

Anyone who feels that they are experiencing cognitive impairment or excessive daytime sleepiness that affects their thinking should talk with their doctor as a first step. A doctor can help identify or rule out any other conditions, including sleep disorders, that may be causing these symptoms. They can also discuss strategies for a plan to get better sleep.

Many approaches to improving sleep start with healthy sleep hygiene. By optimizing your bedroom environment and your everyday habits and routines, you can eliminate many common barriers to sleep. Setting a regular bedtime and sleep schedule, avoiding alcohol and caffeine in the evening, and minimizing electronics in the bedroom are a few examples of sleep hygiene tips that can make it easier to rest well every night.