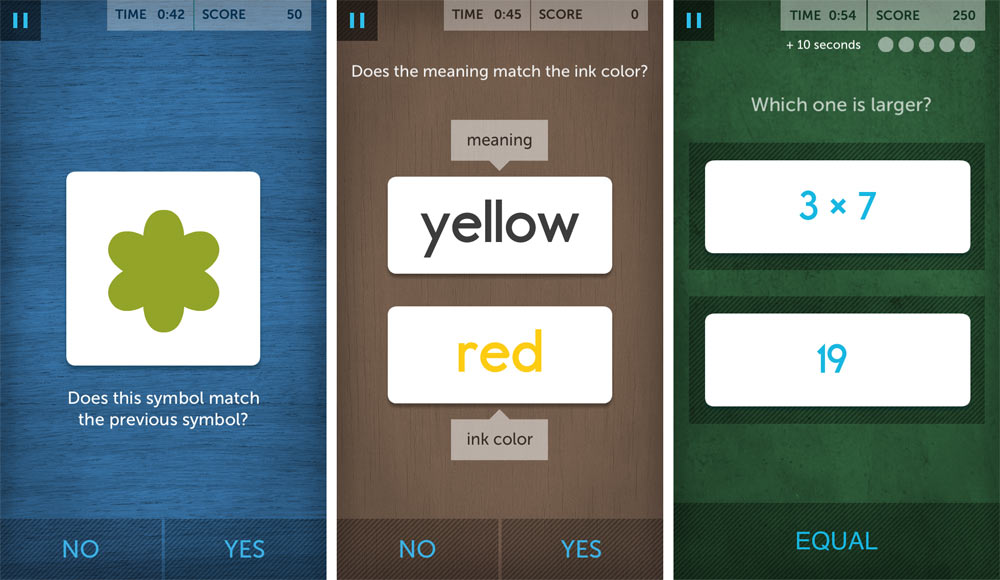 There’s much hype around brain training games that promise to engage your mental muscle and improve cognitive function. But do these smartphone apps truly work – and to what extent do they provide benefits?

One of the most heralded brain games around is Lumosity, which is available on its own website as well as on the Apple Store and Google Play. Think of it as a brain gym: there’s a series of online games particularly designed to boost brain muscles, and improve memory, speed, attention, problem solving, and other cognitive abilities that have massive practical uses and solutions.

Lumosity even personalizes your training program based on your performance as well as your areas of focus, providing a daily routine of several brain games that optimize how you perform in your own target areas. Create a free accounthere.

The people behind Lumosity boast that on top of collaborating with seasoned game designers, their roster of scientists works with over a hundred independent researchers who probe new areas of cognitive training. The company’s VP for research and development Dr. Joe Hardy called it “an open science approach,” where the software is available to such research partners to better understand what games are effective for certain desired outcomes.

And there isn’t a shortage of brain games like Lumosity that vie for attention, including those supplied by apps like Elevate, BrainHQ, FitBrains, and Brain Workshop.

So do these brain trainers work? They do, according to some experts like neurologist Dr. Majid Fotuhi. A brain training program, Dr. Fotuhi said, can be fun while working your memory, offering enough variety to stimulate the brain, and prove to be challenging enough to exercise those mental muscles. The time spend is also flexible, with the average person making it a habit to “brain train” for 15 to 20 minutes a day.

Other neuroscientists were quick to speak out against the brain game phenomenon, saying that research could often be “only tangentially related” to the company’s scientific claims and the games they peddle.

For some, however, lumping all brain game products together and casting doubt on their effectiveness is ill-advised. For instance, recent studies demonstrate that playing games developed solely for fun may be more effective than doing it on purpose, or for cognitive self-improvement.

The debate on brain games rages on, but it’s deemed important for adults and children to improve their brain health naturally via vigorous physical exercise, meditation, breathing exercises, and even supplementation, such as with an established name likeLumUltra. At the end of the day, the goal is to safely feel more focused and alert, at ease in social settings, and bring your A-game whether at work, home or school.