5 Natural and Synthetic Nootropics to Choose From 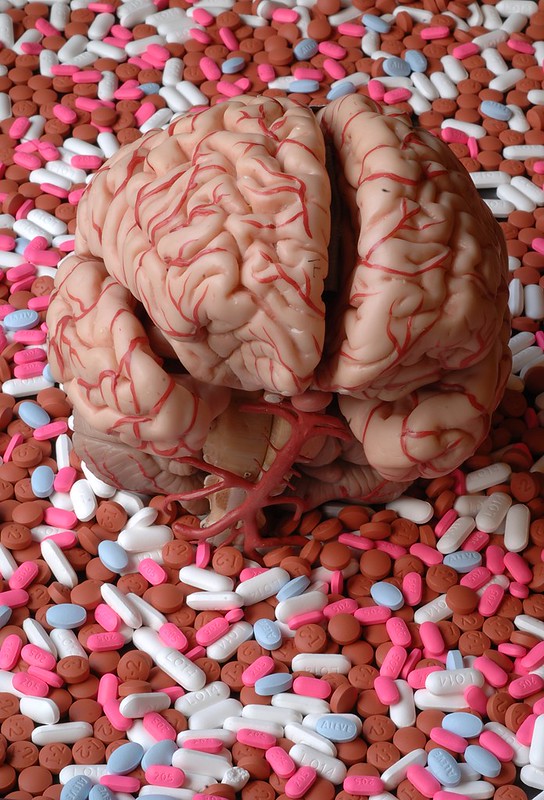 Do you want to get smarter and learn new things? If yes, then nootropics are your answer!

Nootropics are brain-enhancing supplements that act as cognitive enhancers. These include natural herbs and vitamins.

There are two main types of nootropic supplements: natural and synthetic. Both have their pros and cons.

Nootropics are natural supplements that improve brain function and concentration. These include herbs such as ginkgo Biloba and fish oil. There are also synthetic versions such as Modafinil and methylphenidate.

There isn’t a shortage of nootropics to try on the market if you’re looking to boost your cognitive function and performance. They are roughly classified between natural and prescription or synthetic nootropics, with differences in outcomes, how soon those results manifest, and any potential side effects on the body.

Best natural nootropics are usually those taken from plants or other organic sources, which means they don’t require heavy processing like certain drugs do. Some examples include ginkgo Biloba, bacopa monniera, and melatonin.

Natural nootropics tend to be safer than their synthetic counterparts because they usually aren’t as potentially harmful—or even addictive—as some prescription drugs. There is not much research on the long-term use of many natural nootropics, so it’s recommended to make sure the supplement you choose hasn’t been tested for safety before taking it regularly over an extended period.

Some prescription stimulants can increase mental alertness, but they come with risks too when used long-term, such as addiction or heart problems. It’s possible to find these substances online or at your local pharmacy, though these may cost more than comparable natural supplements.

Modafinil is one example of this type of drug. It has been studied extensively and has well-established benefits for treating sleep disorders.

Ah, good ol’ caffeine. This comes in the form of coffee, tea, energy drinks, and supplements. But we’re just scratching the surface when we talk about caffeine sources, as many common everyday foods and beverages contain this substance.

When consumed in moderate amounts, caffeine can enhance energy and cognition and reduce fatigue and sleep disturbances. Caffeine is considered as one of the major ingredients in several popular energy drinks.

It’s safe, but you should avoid drinking large quantities. Consuming too much caffeine can cause nervousness, insomnia, and anxiety, among other things.

Pros: You get energy, it’s non-addictive, and there are long-term health benefits associated with caffeine consumption. It’s not just for coffee lovers, too, and can provide social interaction and bonding with coffee sessions.

Cons: If you consume it often, you will build tolerance, meaning you will need more and more caffeine to get the same boost. Overdoing your caffeine intake can also lead to side effects like sleeplessness, anxiety, and even tremors.

Naturally found in black and green tea, L-theanine is a joint cognitive supplement. It boasts of a calming and relaxing effect while also improving alertness. In a 2019 study, subjects who took 200 mg of L-theanine tablets for four weeks had reduced stress and enhanced executive function.

How does it work? L-theanine boosts serotonin, dopamine, and GABA, vital in regulating mood and stress.

Cons: You may experience a change in appetite, a drop in blood pressure, GI discomfort, and possible drug interaction.

Pros: You can use green tea extract both pre-and post-workout, and it doesn’t have any known negative interactions with other supplements.

Cons: Some studies show that taking EGCG on its own has little effect, so it’s best taken alongside other supplements.

Some experts believe that methylcobalamin, or vitamin B12, is a powerful nootropic agent. One study showed that two weeks of daily B12 supplementation improved performance on tests of working memory, reasoning, and logical problem-solving. Experts agree that more research required to be done on this nutrient, but it promises future development.

Pros: According to one study, low doses of B12 have been shown to enhance cognition and memory. These doses aren’t toxic, and B12 deficiency hasn’t been linked to severe conditions.

Omega-3 Fats These building blocks of brain cell membranes couldn’t be more important for cognitive enhancement. They increase the fluidity of cell membranes, which is crucial for brain cell functioning. Studies show that these supplements, usually in fish oil, helped adults who had a mild form of cognitive impairment. Fish Oil May Reduce Depression Risk and Improve Memory Loss Associated With Age

Pros: Omega-3s are also an excellent aid for cardiovascular health, maintenance of cholesterol levels, and overall health and wellness. This has earned these fats a special place in the nutritional supplement space as a brain and overall health enhancer.

Cons: The purity and cleanliness of fish oil source matter, as some fish are high in lead and mercury. It’s essential to ensure you’re getting high-quality omega-3 sources.

This prescription drug is commonly prescribed to individuals with ADHD and even narcolepsy. This stimulant works by enhancing dopamine and norepinephrine levels, improving focus and concentration. Adderall has also been linked to better alertness and energy levels.

Experts, however, point to a ceiling effect with stimulants such as this, as people with OK levels of attention may not be able to “supercharge” their brain or become super intelligent. It is essential to conduct a brain fog test before consuming such supplements.

Brain fog test helps rule out conditions such as brain fog depression which is characterized by difficulty in gathering thought and having clear thinking. Similarly, it can also detect brain fog anxiety and fatigue, which is more consistent with chronic fatigue syndrome.

To test whether or not your mind is foggy, ask yourself the following questions.

1) How much effort am I making when reading a book or article online?

2) When working on a task, how easily distracted am I by phone, email, or family members?

3) Do I find myself struggling to remember names or faces at times?

4) Does my mind wander during conversations?

5) Am I having difficulty focusing on one task for very long?

6) Is my short-term memory suffering?

Yoh should know that you might benefit from taking nootropics. If the answer to any of these questions is yes.

This can help you determine what type of nootropic would suit your needs the best.

Pros: Stimulants like Adderall have an excellent track record in helping ward off distractions present in daily life.

Cons: However, they have been associated with side effects such as jitters, trouble sleeping, appetite loss, irritability, dizziness, headaches, depression, weight loss, and similar products. It’s best to work with your doctor as this is a prescription drug, and there’s plenty of monitoring that may need to be done to prevent adverse reactions.

This prescription drug is a hit for those looking for wakefulness. It’s prescribed for patients with narcolepsy, obstructive sleep apnea, as well as conditions such as shift work sleep disorder.

How it works is that Modafinil increases dopamine levels. The increased levels may assist in improving memory, concentration, and motivation, to name a few.

Pros: The Modafinil “brain state” stays a while, meaning it may make you feel super-smart for quite a long time.

Cons: If you started taking it while young, you risk becoming dependent on the drug to work hard. Unfortunately, Modafinil also runs your system significantly hard or for more than 16 hours or so, which means you may experience a particularly taxing effect on your immune system.

While nootropics are safe, you still need to exercise caution around them. If you wish to try something new, the first thing you should do is research it thoroughly and make sure there aren’t any serious risks involved. Not all nootropic supplements are created equal, and some are far from harmless. That being said, most of the ones we’ve discussed here are relatively harmless.

There are many different pills on the market today, but we only lasted about five of them here. We did our best to list the top five natural and synthetic nootropics without including supplements already covered elsewhere, such as choline, B vitamins, creatine, etc.

We think these nootropics are among the safest and best supplements, but that doesn’t mean that others won’t offer potential benefits.