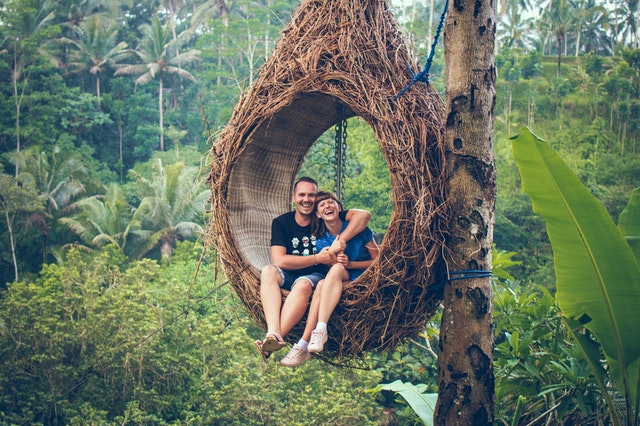 Time and again, nature reminds us of its singular power to dramatically improve our physical and mental well-being.

New research, for instance, suggests that spending time outdoors is good for the brain, having an effect on this organ that’s responsible for lifting your spirits.

The study builds on the findings from a previously published study in the journal Frontiers of Psychology, which showed that nature can serve as a “pill” to reduce your stress hormones.

This has been hypothesized for some time now, so the researchers tried to probe further and experimented on taking a “nature pill.” What they discovered: Sitting or walking somewhere that offers a clear sense of nature for about half an hour can significantly push down your levels of cortisol, a known stress hormone.

What Brain Scans Revealed About Having Outdoor Time

Now, the new study published in the World Journal of Biological Psychiatry, which comes from a team out of Max Planck Institute for Human Development, followed six healthy and middle-aged urban dwellers for six months, having repeated MRI scans as testing. They also delved on self-reported activities during the entire day before every scan, focusing on the time the subjects spent outside and how they spent it, their fluid intake, amount of exercise, and related factors.

There’s an enhancement of the grey matter in certain areas of the brain’s frontal cortex, which is linked to planning and cognitive control. This front part of the brain is also known to be associated with reduced grey matter in many psychiatric disorders, such as anxiety and depression.

In the study’s statistical analyses done, time spent outdoors positively affected the grey matter regardless of other factors present. Memory and concentration, along with overall wellness, all improved based on the grey matter enhancement detected on the brain scans.

What Accounts for the Benefit?

The brain-oriented benefits of the outdoors is still largely a mystery. However, fresh air might be a key.

While they still don’t know what the underlying mechanism is, a potential candidate is air quality, researcher Simon Kuhn, Ph.D., told Bicycling. “Air quality can be surprisingly bad indoors compared to outdoors, even in busy cities. There is also evidence that terpenes – the essential oil of trees – can have beneficial effects on the human immune system.”

Related studies on so-called “forest bathing” spending time in the company of trees revealed that terpenes are anti-inflammatory as well as neuroprotective, shielding the brain from injury while promoting the regeneration process.

Other potential factors at play include getting enough vitamin D levels from the sun. Your skin synthesizes vitamin D, an essential nutrient for optimal brain functioning, when you’re out in the sun and soaking up some light. Vitamin D helps protect the neurons and reduces inflammation. Previously, vitamin D levels have also been connected with neurotransmitter synthesis along with nerve growth.

In addition, spending time in nature has also been proven to enhance brain function including concentration. In a study on children with ADHD, the group that spent the majority of the time after school and during weekends in outdoor green spaces demonstrated fewer ADHD symptoms than those who spent most of their time indoors.

No matter the underlying cause, it’s crucial to note that when you walk or ride to work, jog, or spend some park time, you’re giving your brain something that’s good for its health and maintenance. You may be taking a high-quality organic supplement for brain enhancement, but without enough outdoor time, your brain may be missing out on these natural perks.